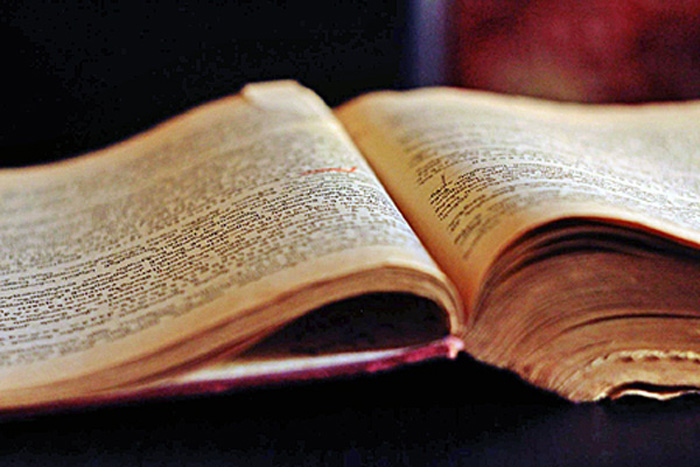 Maharashtra, Karnataka, Andhra, and Dravida Hindu Pakasastra, a treatise in Tamil language on Hindu Vegetarian Cookery, was published in January 1891 by T.K. Ramachandra Rau, a retired government employee from Madras (now called Chennai). The first edition printed 2000 copies and it was very well received and copies were sold out in a short time. It had 356 pages with over 400 recipes from the southern half of India. A second edition was printed in 1900, because of continued demand. This edition included a lengthy section with illustrations of almost all culinary utensils used in South India.

In the preface to the first edition, the author writes that he was glad that female education was making steady progress, and more female teachers were employed in South India. He observes that though girls are taught reading, writing, arithmetic, history, geography, and needlework, the art of cooking and household medicine still remained neglected subjects.

The author states in the preface that before venturing to write, he traveled to various parts of India over ten years, and studied books in several Indian languages on the principles and practices of culinary art. He also consulted with several culinary experts. He writes that this work was by no means original or exhaustive, but he has tried his best to make it simple and easy to understand, and hoped that introduction to cookery would be a subject of instruction in girls’ schools.

A third edition was printed in 1912 marking the Coronation of King Emperor George V & Queen-Empress Mary. This edition included several charts with estimates of quantities of ingredients required to feed 5 to 1000 people on festive occasions. It was dedicated to Her Excellency Lady Gibson-Carmichael, wife of the Governor Sir Thomas David Gibson-Carmichael (1911-1912). The dedication stated, “For her warm interest in the moral and intellectual advancement of her Indian sisters during her brief stay in the Presidency”

Why would an Indian author publish a special edition of a book on vegetarian cookery of India in a local language, to commemorate the coronation of King George and Queen Mary in Britain; and then dedicate his book to a British Governor’s wife? This might seem a bit puzzling to some. This book came out at a time when the British Raj was in full power in India. The British Raj was the system of governance of the Indian subcontinent instituted in 1858 when the British crown took over the rule of India from the East India Company. It lasted from 1858 A.D. to 1947 A.D. The Madras presidency was an administrative subdivision of British India encompassing most of South India, Orissa, and Lakshadweep islands. Respecting and honoring their rulers and senior officers was a practice prevalent in India at that time.

Whether the book was approved as a school textbook is not clear, but it was certainly considered a valuable addition to the local library. The Supplement to The Theosophist (monthly journal of the international Theosophical Society) dated September 1906 states “A book for the Adayar (a suburb of Madras) library -We have received with thanks the Hindu Pakasastra, a Tamil treatise on Hindu vegetarian cookery by Ramachandra Rau. This second edition is revised and enlarged with numerous illustrations of culinary appliances and will be a valuable addition to the Adayar library. It contains over 400 pages and a glossary and index. The price is 2 rupees”.

Back to the book

Hindu Pakasastra is not just a recipe book. The first chapter has 79 pages with fifteen sections that include basic principles of human body, its conditions, hunger and food, and how food affects the human body. There is lengthy segment on various food crops, their merits and drawbacks, and how 257 varieties of crops are processed for consumption. Just about every single cooking utensil found in South Indian kitchens is described in 11 pages along with pictures. Next the author explains five methods of cooking food, eight types of stoves used for cooking, fuels used in stoves, water fit for drinking and cooking, code of conducts of cooks, twenty-one clues for cooks, and weights and measures.

Although written in the Tamil language, the book is not entirely on the cuisine of Tamil Nadu. As the title suggests, it include recipes from all South Indian states, (though Tamil Nadu and Kerala are combined as Dravida) and Maharashtra, a part of western India.

The following twenty-four chapters feature a wide variety of recipes. These recipes are not presented in a format familiar to modern day cooks. Although measurements are often given, they are in terms unfamiliar to most people today. The first chapter begins with cooking boiled rice (the staple food of South India) in six different ways. Then there are recipes for cooking six types of of millets. Next comes flavored rices – four varieties of kushka (rice with ghee and spices), twelve varieties of pongal (rice cooked with dal and spices), twenty recipes for chithrannam (rice flavored with spices and lemon or tamarind or sesame or coconut or pomegranate or mango, or tender eggplant or fenugreek and so on). It is followed by recipes for seven kinds of roti (savory flat breads) and ten kinds of sojji (sweet and savory semolina dishes).

The last chapter describes how food should be served on a banana leaf, details on serving tamboolam (a practice of offering betel leaf brushed with slaked lime along with pieces of areca nuts) for chewing after a festive meal, and serving coffee, tea, and coco. The final chapter also describes the seven special desserts served at a mristannabhojanam (festive meal). This chapter ends with several charts for a budget for everyday food expenses, monthly expenses for provisions, and estimates of quantities of ingredients required to feed 5 to 1000 people on festive occasions.

Several of these recipes compiled more than a century ago are still prepared in South Indian kitchens. Yet there are many that have disappeared from the culinary repertoire of South Indian cooks. Some of these will be featured in the next segment.

I sincerely appreciate my sister Girija Narayanan for her help in translating the Tamil text to English.

Treasures from the Past - Articles